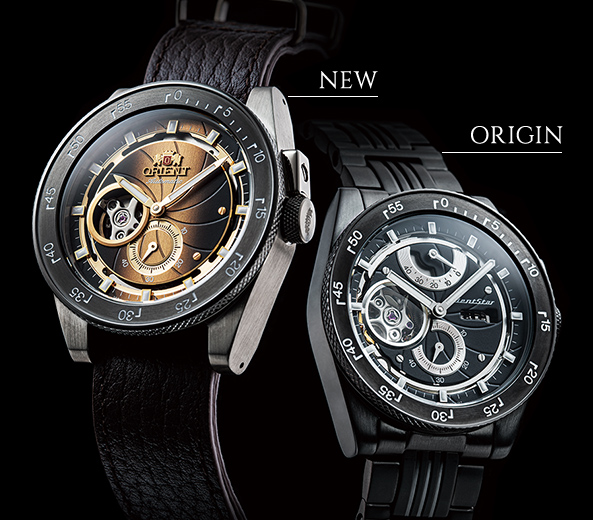 The dream of the future from that time never fades.

ORIENT has created numerous unique products. Among these, the greatest example is the Retro-Future series released in 2005. These watches, brimming with ORIENT style, feature camera and guitar motifs. The Retro-Future was restored in 2020 to celebrate ORIENT’s 70th anniversary.

(Left) Retro-Future Camera
RA-AR0204G. Newest model that is a reproduction of the original released in 2005. The design is essentially the same as the original, but the details have been improved. The photo shows the model with the Jaguar Focus dial. ORIENT 70th anniversary limited quantity edition. Self-winding (Cal. F6S22). 24 jewels. 21,600 vibrations/hour. Power reserve: approx. 40 hours. SS (diameter 40.8 mm, thickness 12.6 mm). Water resistance: 5 bar. Limited edition of 2,300 worldwide. The price of equivalent model in Japan is ¥58,000.

(Right) Original Retro-Future Camera
This was the original Retro-Future Camera, which was designed to resemble rangefinder cameras from the 1950s. The watch was initially released in 2005. It was reissued in 2010 with stop second hand and hand winding functions, and with a push/pull crown. Self-winding (Cal. F6S22). 24 jewels. 21,600 vibrations/hour. Power reserve: approx. 40 hours. SS (diameter 41.8 mm, thickness 13.7 mm). Water resistance: 10 bar. Production discontinued. 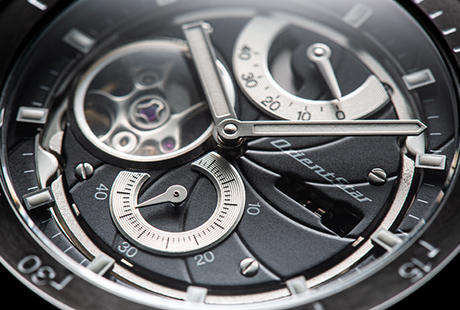 Details of the original Retro-Future Camera, emphasizing the mechanical taste of the rangefinder camera. The dial, which has a camera-shutter design, has a window which reveals the winding stem. 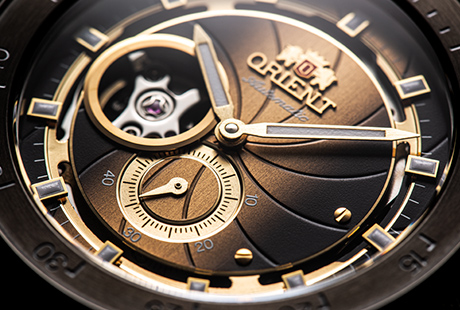 Dial of the reproduction model, which has a sharper contrast than the original. The circle of the small seconds subdial has been recessed, and the glass over the skeleton window on the original was removed to better reveal the balance wheel. Also, the clearance from the dials to the hands has been decreased. 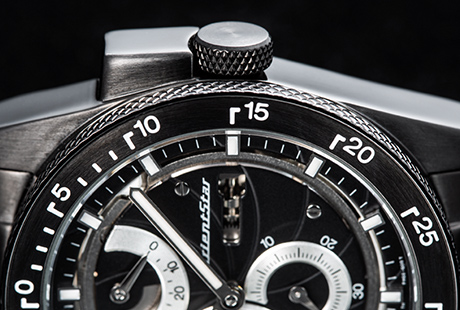 The crown guard, which resembles the square top of a rangefinder camera. The outside circumference of the bezel and crown are precisely serrated like camera knobs, and the watch overall gives the image of a camera. 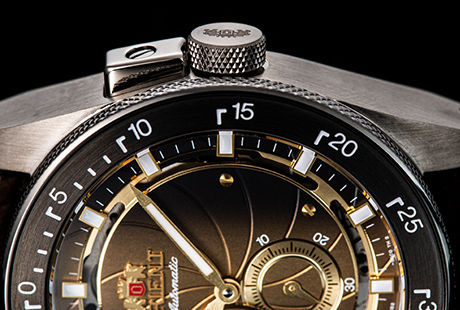 Looking at the case side, the case edge stands out compared with the original, and there are fewer distortions on the surface. The high level of the processing precision can be seen at a glance by comparing the forms of the crowns. 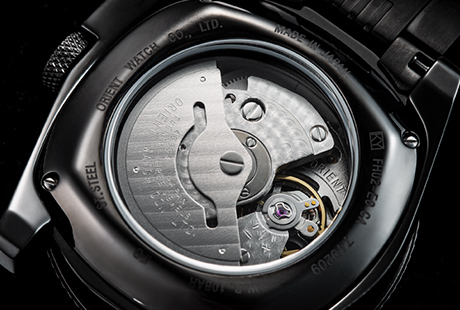 The Cal. 46 series movement seen from the case back. From the back, one can see that the case back is not round. but has a unique cushion shape. 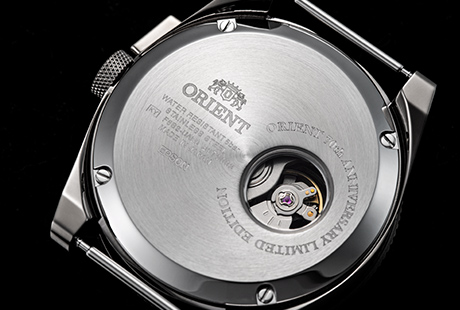 The shape of the case back was revised to become round. The finishing of the case has been greatly improved.

ORIENT has expressed the appeal of watches in a variety of ways. This is well symbolized by the Retro-Future series placed on sale in 2005. ORIENT’s un-conventional approach is shown in the choice of motifs including guitar, camera, automobile, and bicycle, and these efforts met with great success. At a time when there was no strong demand for mechanical watches, this thematic combination with other items was extremely effective. As designer Katsunori Kume says, this is “an experiment especially for the time when mechanical wristwatches are being revived.” This Retro-Future has been reproduced for ORIENT’s 70th anniversary in 2020. The basic design remains unchanged, but the form has been refined, reflecting how ORIENT has matured. While still unique, the eccentricity has been slightly muted for a watch that can be used normally. This demonstrates the maturity of ORIENT as a brand.

The new Retro-Future Camera follows the essential design of the first model released in 2005, but it has actually been evolved so much it is like a different watch. The greatest change is the case. The crown guard, which resembles the square top of a rangefinder camera, was renewed into a more refined form, with the replication and finish of the details upgraded. The removal of the power reserve display at 12 o’clock and the thinner font of the indexes on the bezel give it greater coherence as a watch. Such fine discretion extends to every detail. The prior version came with a unique-shaped three-row bracelet or rubber belt. The limit- ed-edition model this time comes with a calf leather belt with a well-textured grain. The slit around the outer circumference of the dial has a wider opening for a sharper contrast, and the dial is colored with the Jaguar Focus, which is the theme color for ORIENT’s 70th anniversary. The shading of the Jaguar Focus has been intensified, and the ORIENT logo at 12 o’clock and the small seconds subdial at 6 o’clock have been made to stand out with black shading to the left and right, instead of all around the dial. The past ORIENT watches did not include such attention to details.

The configuration of the case has also been changed on the reproduction edition model. The original Retro-Future had a cushion-shaped case back while the new Retro-Future has a case back with a round shape, and the texture has also been improved. In reproducing the Retro-Future, Epson chose to make an entirely new case rather than trying to rework the existing version. The texture as a watch was further enhanced by making the edges of the case and crown more pronounced. The decision to not simply touch up the old case demonstrates the pride of ORIENT today. The new and old Retro-Futures look alike, but their details are entirely different.

The new Retro-Future series the perfect balance in being both unique and practical, and with improved texture. Yet the price has not greatly changed. Even though its attraction as a watch has been greatly enhanced, the price is just ¥58,000 in Japan. “The dream of the future from that time” remains at an affordable price. That is what makes ORIENT “ORIENT. 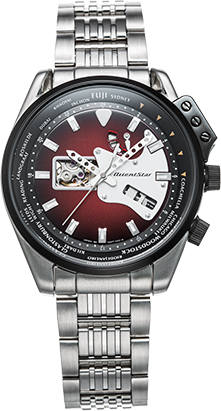 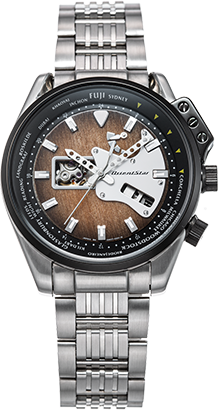 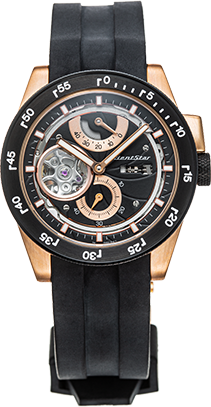